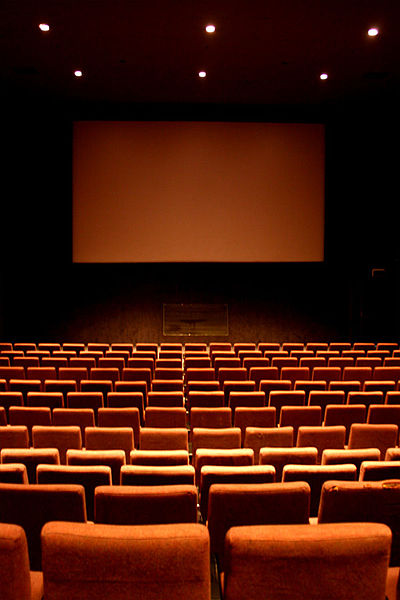 Writers often have to decide between whether we will tell our story realistically or if we’re prepared to fudge the details to make a better story. In film and TV, the question of realism becomes even more fraught as directors, producers, and others give their input into creating a fictional world that may bear little resemblance to the real world. Sometimes this works, and sometimes it doesn’t.

Here are some examples of good and bad choices for sacrificing realism.

This film shows how the obsession of British colonel Richardson (portrayed to Oscar-winning perfection by Sir Alec Guinness) ultimately leads him to aid the Japanese in what might be considered a treasonous way. Richardson’s obsession with maintaining discipline among his troops and then with building a lasting legacy for himself leads him to create a better bridge for the Japanese than they could have for themselves.

In reality, British officers who helped build railways for the Japanese did what they had to do to keep themselves and their men alive, and they saw this movie as an affront to their dignity and patriotism.

Why It’s Good: Bridge on the River Kwai works because of the moral dilemma it creates. Richardson is our hero for the first half of the movie, then slowly transitions into becoming a traitor to the point that he ends up fighting commandos who come to blow up his bridge. Without Richardson’s obsession, the film falls flat.

In this Michael Bay patriotism flick, we spend time with two fighter pilots (played by then-inseparable buddies Matt Damon and Ben Affleck) stationed at Pearl Harbor at the time of the infamous December 7, 1941 attack.

The (worst of many) unrealism in this film comes from the way these two pilots manage to get into their planes, fly around and shoot down dozens of planes. After the attack, these buddies get to join the Doolittle raid that bombed Tokyo in retaliation.

Why It’s Bad: There is very little benefit in having Damon and Affleck jump in their planes and shoot down dozens of planes (way more than were lost in the actual raid), except for stoking “America, F— Yeah!” type feelings. And there’s absolutely no point to having the two fighter pilots be picked for the bomber mission at the end.

In this genetic thriller, we see a future society in which people are strictly segregated by their genetic heritage (which parents have been choosing for their children). Vincent, a supposedly inferior individual, uses borrowed genetic material to infiltrate the Gattaca space academy where only superior individuals are supposed to work.

Some viewers object that despite the precautions our hero takes, he would likely still be leaving genetic material all over and would have been caught much earlier.

Why It’s Good: Although it’s likely true that genetic material would have been shed in many places, the film goes to great lengths to show us precautions that Vincent takes, which creates a plausible suspension of disbelief that supports the main telling of the story.

This film shows the quest of some dream-voyagers to plant an idea in a person’s head and make him think it’s his own.

The unrealism in this film comes from when it contradicts its own rules. The film tells us that the physics in a dream world are affected by the physics of the real world in which the dreamer exists. When the van carrying the dreamer in the movie’s crucial sequence goes off the bridge, his dream reality goes into zero-G. However, in the dream-within-a-dream, gravity remains as normal. This is despite the fact that the movie points out that dream-within-a-dream multiplies effects like dreamtime dilation.

Why It’s Bad: When you’re making a movie like this, you’re completely in control of the rules of your universe. Don’t make any rules you’re not prepared to follow through on.

This groundbreaking television series tells the story of a high school chemistry teacher that begins cooking meth and ultimately becomes a drug kingpin.

There are many unrealistic things in this series  you might focus on, but the important example here is the one that creator Vince Gilligan regrets most: Jesse’s teeth. As a former meth smoker, the creator tells us, Jesse Pinkman should have terrible teeth, but the actor’s teeth are good.

Why It’s Good: Characters have to be sympathetic in order for us to follow their story. As one of the two most dynamic characters in the story, Jesse needed to be sympathetic. Giving him bad teeth would be a major barrier to that, so this is a reasonable compromise to make the story better.

What Do You Think?

Do you disagree with this analysis? Are there other examples of unrealistic moments in movies and TV that are instructive for writers?

Dr. Matthew B. Candelaria (PhD, U of Kansas 2006) is a literary scholar, science fiction author, and freelance writer. Most of his published work is in science fiction criticism, with other significant pop-culture criticism.