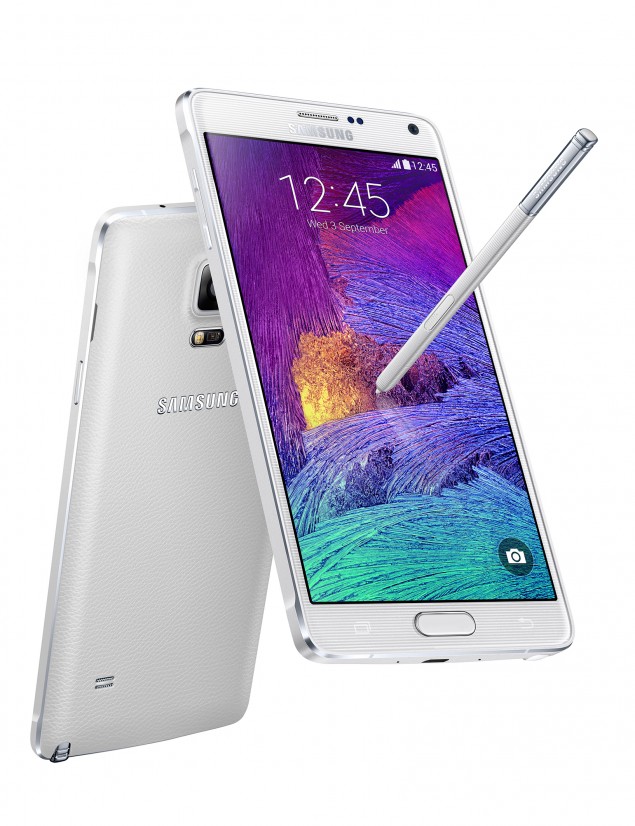 Just launched Samsung Galaxy Note 4 is getting popularity like fire in woods because of its design and software features. Altough Galaxy S7 Samsung is not far away

But, if we talk about the design of Galaxy Note 4, it is not much advanced. Less technical innovations associated with the case. Samsung has already introduced the basic functions of the design in Galaxy Alpha, which were imposed on the design of the previous Galaxy Note 3. Smartphone framed beveled metal frame, the backdrop of the smartphone has a finish under the skin, and the whole body looks harmoniously and efficiently. However, only the frame of smartphone metal in the lower third, in the middle it is plastic. Decorating the skin is made better, than a year ago – Samsung worked well over the texture. Unfortunately, the case has not decreased in comparison with its predecessor – but this is not surprising, given the same diagonal display. Housing even slightly grew to the size 153,5 x 78,6 x 8,5 mm (Galaxy Note 3: 151,2 x 79,2 x 8,3 mm). In direct comparison, the difference is not noticeable, like a little more weight 176 g.

However, the same can’t be said about ergonomics, but due to the size it is not surprising. One-handed operation is not possible, although Samsung and added the appropriate mode. But at least the smartphone well in the hand and does not slip, including due to the tailpiece. 74 percent of the front panel covers the screen, which is also very good.

Note the presence of the SIM-card and memory card, which is traditionally hidden behind the removable back cover; the latter allows to increase the built-in 32 GB memory and 128 GB. Also it is backdrop for hidden removable battery, although its capacity compared with last year’s model increased by only 3.200 to 3.220 with a mAh. Given the powerful SoC and high-resolution display, it would be very nice to get a more powerful battery.

If we talk about the software end of Samsung Galaxy Note 4, it remains in the lead, although the disadvantages are also available. Let’s start with the good. Phablet comes with Android 4.4.4, it is a modern version of the operating system with all the features. Of course, the South Korean company has added its own interface TouchWiz, which not only changes the appearance of the system, but also adds numerous features and applications.

Compared with Galaxy S5 changes a little. To the left of the home screen there is a traditional Flipboard, which displays news and updates social networking part of their own programs, Google has been replaced by alternatives, such as a calendar. There are also applications of Samsung, which will also be very useful – for example, S Health. Health and fitness center will be useful for interacting with smart smartphone clock and fitness trackers.

Well, after the launch of Galaxy Note 4 and its comparison with Note 3 proves that Samsung engineers are working on a new design scheme and we hope the design of upcoming Galaxy Note 5 would be totally different and good. But it would only be the revealed after the Galaxy Note 5 release date announcement, so let’s wait for the next beast.