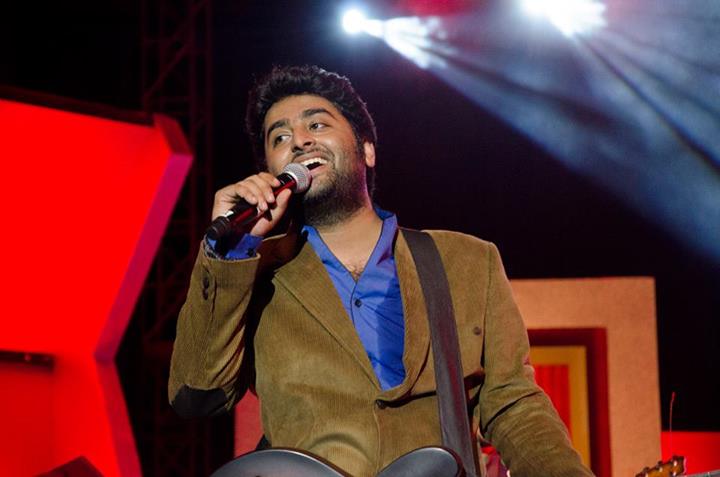 If popularity of rendition of songs in Bollywood especially romantic ones is anything to go by, the reigning playback singer in India is none other than Arjit Singh. From emerging as a finalist in a T.V. reality show to a leading, multi award winning singer of tinsel town, it’s been a momentous journey.

In 2005, Arjit auditioned for Fame Gurukul a reality show on TV, at the insistence of Rajendra Prasad Hazari. He was placed among six finalists but lost the crown. But close on its heels, Arjit participated and won the title of an alternative reality show- Dus Ke Dus Le Gaye Dil- a musical encounter between winners of Indian Idol and Fame Gurukul. There was no looking back ever since.

After that show, Arjit set up his own recording unit and began stint as a music programmer. Thereafter, he went on to become an assistant to leading music directors, Mithoon, Shankar-Ehsan Loy and Vishal-Shekhar.

Arjit made his debut in Bollywood with 2009 recorded song by Mithoon for Murder 2, titled “Phir Mohabbat.” In 2010, he sang for Pritam in three releases-Actions Replayy, Crook and Gol Maal 3.

His raspy voice shot into fame with his rendition of the song “Raabta” featured in Agent Vinod in 2012. The same year, he sang for Cocktail, Barfi and Players. His song ‘Dua’ from Shanghai, arranged by Vishal- Shekhar won him the Mirchi Music Award for Upcoming Male Playback Singer Award.

But what hit the jackpot for Arjit Singh was the love ballad – “Tum Hi Hon” from Aashiqui 2 (2013), which was directed by Jeet Ganguly. This song swept a dozen leading awards of the industry including Filmfare Award for Best Male Playback Singer.

The same year, he also sang popular numbers like “Dilliwali Girl friend” and other songs for the flick- “Yeh Jawaani Hey Deewani.” Arjit regards this as a phase in his career when he became a superior musician. Another song among many he sang in 2013 includes Sanja Leela Bhansali’s semi classical song- “Laal Ishq” featured in Goliyon Ki Rasleela- Ram Leela. But Singh’s personal favourite of the year was “Tose Naina” featured in Mickey Virus.

Arjit Singh has ever since worked with a wide variety of directors like Sajid- Wajid, A.R. Rehman, Amit Trivedi, Vishal Bharadwaaj, Palash Muchhal, Tony Kakkar, Sharib-Toshi, etc. He has also ventured into different genres like Tamil movie songs and Sufi music. An admirer of Jagjit Singh, Mehdi Hassan and others, he has also ventured into Ghazals.

Today, he is much sought after as both a playback singer as well as a star performer. For instance, tickets sell like hot cakes for any Arjit Singh concert in Mumbai or any other city. Being such a versatile singer, he has become the man with the golden voice in India.