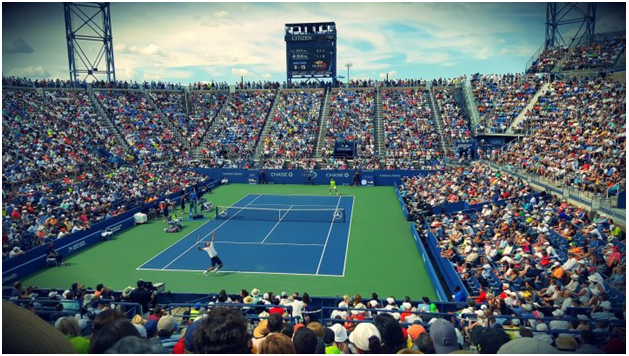 Selecting the top 5 all-time greatest female tennis players was a very difficult task for as, because there have been so many great players that are worth to be mentioned. Changes in racket technology, nutrition, fitness regimes over the years have only served to make this task even more complicated.

After looking through countless statistical tennis records, players and tournaments, we made a list of the best female players in the world of tennis. Here they are.

Serena was born on September 26, 1981 in Saginaw, Michigan. She is 15 months younger than her sister Venus Williams, who also is a magnificent tennis player. She began playing tennis at age of 5 and she won her first major championship in 1999. The American professional tennis player is a worldwide sensation and tennis queen, after having won several Olympic gold medals and 23 Grand Slam singles titles. She has won more than $84 million in career prize money, more than any other female tennis player and athlete. In 2017, he defeated her older sister Venus in the Australian Open and won her 23rd Grand Slam title at Wimbledon.

Steffi Graf was born on June 14, 1969. She started playing tennis at age of 3 – coached by her father and during her career she was ranked world No.1. Her 22 Grand Slam titles put her second on the list of Major wins in the female competition since the introduction of the Open Era in 1968, and is third all-the time behind Serena Williams (23) and Margaret Court (24). Steffi retired in 1999.

Martina Navratilova was born on October 18, 1956 in Prague, Czechoslovakia. She dominated women’s tennis from the late ’70s through a good portion of the ’80s. She is the only player to have held the top spot in both doubles and singles for over 200 weeks. Martina was No.1 in the world for 237 weeks in doubles and 332 in singles and has won 18 Grand Slam titles.

Christine Marie Evert known as known as Chris Evert Lloyd was born on December 21, 1954. She was trained by her father, a professional tennis player, and developed rapidly to become the country’s leading player in the class under 14. At 18 she made her debut as a professional player and won 18 grand slam singles tournaments in her entire career. Chris retired in 1989.

Margaret Smith Court was born on July 16, 1942. She is a retired Australian player who dominated women’s competition in the ’60s. She won 24 grand slam singles titles in her career which is a record for a male or female tennis player. After Maureen Connolly, she is the second woman to win the Grand Slam of tennis singles, the French Open, the Australian Open, the U.S Open and the Wimbledon in the same year.