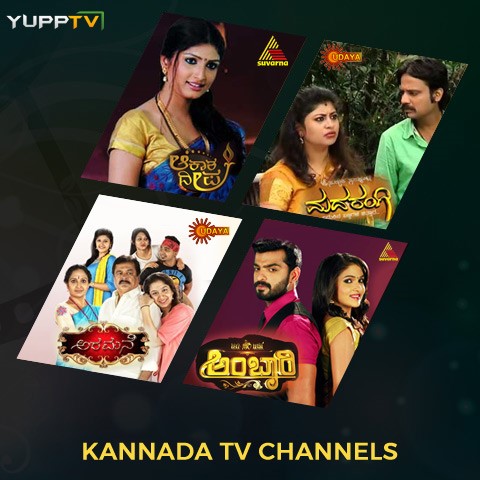 Kannada TV stands for drama and spice. It’s almost theatrical and that’s what seems to click with the audience. There’s a man slapping his wife in front of the entire family, a woman firing a gun at a man after a verbal fight while another woman looks on and evil sister in law who wouldn’t quit at anything. These are just some indicators that the show has what it takes to keep the relevant audience engaged at all times and thus increase the TRPs. Some of the most widely watched Kannada TV channels are Colors Kannada, Udaya and Zee Kannada. Here are the top 5 high rated TRP programs in Kannada TV channels.

1. Dancing Stars – Of course everybody loves a dance or talent show and even more so when the participants or contenders are their favorite TV stars. Dancing Stars is one such TV show that capitalizes on this factor. It literally gets the pulses racing when these TV stars perform passionately on stage showcasing their latent dancing skills which largely remain unexplored on their usual TV shows. As the crowds cheer on and the judges watch, the TRPs soar up.

2. Putta Gowri Maduve – Child marriage has been at the core of India’s social problems for centuries. Although, times have changed drastically now and it is illegal by law, there are still some backward section of our society where children are often pushed into getting married much before the eligible age. This show focuses on the life of an 8 year old girl who was married off to a boy of her age. She grows into adulthood while striving to adapt to all the traditions and customs of her in-laws. However, this naiveté and submissiveness couldn’t carry on for too long. Sooner or later this girl’s voice rises against this orthodox tradition and rituals. That’s what brings about a twist in the series leading the audience to see the character in a new light as she takes a stand for herself and many other oppressed women and children who have been roped into such traditions

3. Agnisakshi – This is the story of a simple girl (Sannidhi) who harbors the same hopes and desires as many other young girls, of becoming a bride and having a happily married life. Little does she know that her hopes of a happy married life would be destroyed almost immediately after tying the knot, when she finds out that her husband (Sidharth) is in fact in love with another woman and wants a divorce from Sannidhi soon after marriage. This makes Sannidhi’s world come crashing down and the audience wonders if this simple girl could ever win her husband over and make her see the beauty in her simplicity.

4. Laxmi Baaramma- Just like Agnisakshi, this is another TV show that involves a traingular scenario. Arranged marriages have been so rampant in the Indian society and tradition that seldom do families or parents realize how they are destroying multiple lives by forcing their children into it. Laxmi is a young and naïve girl who gets married to Chandan in this way. Peril strikes when she realizes that it was just a marriage of convenience as Chandan really loves Shruti but has chosen arranged marriage over love only to please his mother. Laxmi now feels indebted to Chandan for marrying her and at the same time there’s a tug of war between her dreams and reality. She is struck with conflict and can’t decide what she should do.

5. Akka – This is the story of a boy who runs away with a girl, disappointing and shocking everyone, including his teachers. From then on it’s about how he overcomes these problems of being judged and ill-treated by his family.