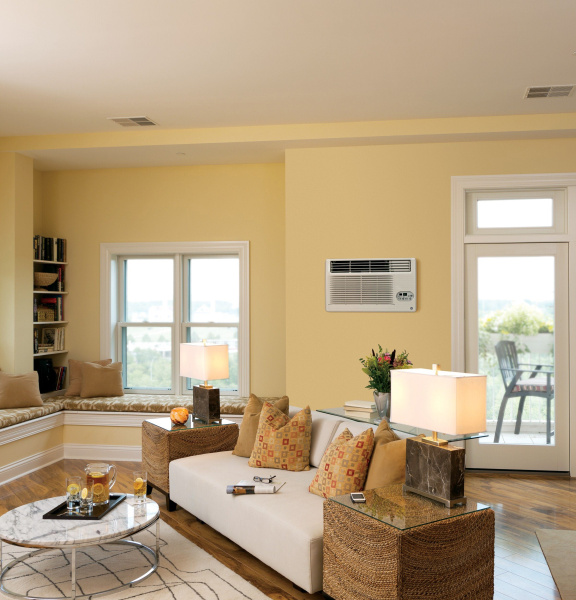 Buying a new central air conditioning system can often times seem over-whelming, especially with the rise in energy-efficient products and cost-saving procedures. An air conditioning unit is not a minimal purchase and initially may run you around $2000 -$3,000 after installation costs.
Hopefully by giving you some insight into the various options (types) of central air conditioners currently available on the market, you’ll be able to make your decision more effectively.

If you’ve lived in a home built in the last 20 years chances are you have encountered this type of system. If you’re currently in the market for a new central air conditioner, this option will be the most readily available, easy-to-install, and cost-effective option in the marketplace. This system has been the most common type of AC unit found in the United States over the course of the last 30 years.
On the outside of the house sits a metal case that contains coils, which release heat, and a compressor, which pumps refrigerant between the coils. There is usually a fan that spins, keeping your condenser cool. If you’re having a back-up in your unit due to condensation, you’ll most likely find that the fan has shut-off and the a/c unit is not working.
Inside the house is the unit filter and evaporator coil, which removes filtered particles through the intake valve and moisture from the air, respectively.The air conditioner is connected by an arrangement of ductwork that networks throughout the house providing cool air to every room. This option, like stated previously, is the most economical to purchase and install for new homes.

This unit is similar to the split system in that it has all of the same parts – there is an evaporator, compressor, and condenser all in a single shell. This system could be more economical for you if you’re living in an area requiring extensive heat, as this system can be powered by natural gas and combined with a set of heating coils. This eliminates a need for separate furnaces inside the home.
If you’re tight on space, this is probably one of your best options because the entire system can be placed outdoors on the roof or a concrete slab for more stability.

If you’re living in a tropical climate or a climate with mild winters, this may be the system for you. This a/c unit works similarly to a traditional split system, but uses the exterior environment to cool the house during winter months and release heat during summer months.
Hot summer days may dramatically impact you’re a/c unit’s operational costs – with a heating pump system you may save in the long-term because the unit pushes heat accumulated through heat transfer within the home back outside. Unfortunately, if the temperatures are extremely cold for long periods of time the system will not sufficiently heat your home.

If you have an existing structure that has never had an a/c unit installed this may be your best unit. Most homes are planned and built with a/c units in mind, where contractors cut out holes in the structure initially to prepare for an a/c unit install. If there is no existing ductwork within your home, it could be extremely costly to tear down walls in order to install the network. The system works just like a traditional split system, but there is no ductwork involved.
Instead, indoor air-handling units with blowers are installed in separate rooms throughout the house and cool those specific rooms.
If you want to cool your entire home, this could be costly, but if you’re just looking to cool parts of your home or building this is your best option because of the isolated approach.  The flow of cold air can be controlled independently in each room, reducing energy loss and associated operational costs.
This article was written by Brennen Kliffmueller. As budgets become tighter and energy more expensive, Brennen has commited himself to constantly researching the latest energy and cost saving technologies on the market today. He also is a professional content creator for Facemyer AC. To read more of his work, check out his Google+.