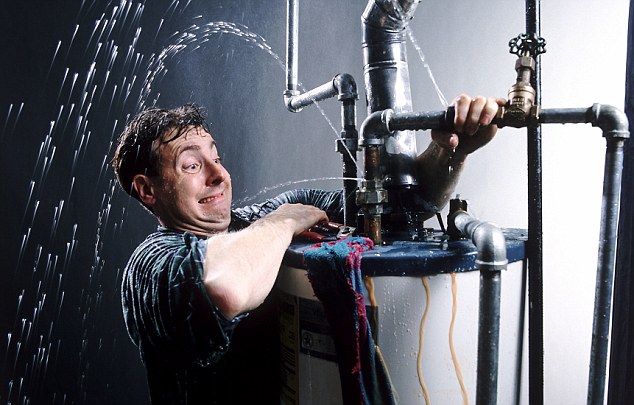 Many people may not realise this but like their car, their relationship and even their own bodies plumbing requires maintenance. Most people like to think about plumbing as being something which serves the purpose, remains invisible and does not require professional help until something goes wrong. This is exactly the reason why suddenly people wake up in the middle of the night to gushing water, or a blocked drain or perhaps a broken overhead pipe running through the walls of their homes. If you value your time and money it is worth taking steps to ensure that your plumbing is well maintained. Below we look at five reasons why people end up with bad plumbing which costs them a lot of money to fix.

Most people do not even notice that their drains are slowly becoming blocked until it’s actually completely blocked. When you see that water passing through the drain has started to slow down its time to take action right away. Use a plunger and start pumping to ensure that the small blockage is removed ASAP. It is important to keep in mind the fact that a partially blocked drain for an extended period of time can cause corrosion and rusting of the pipes. By the time the drain is fully blocked the water which used to accumulate in the pipe caused it to rust and in some cases even cause a rupture. This is easily something which requires that your pipes be replaced, an expensive job by any measure.

Reason no. 2: Throwing Debris down the Drain

This is one of the most common reasons for blocked gutters outside the home. Leaves, tissue paper, hair and even animal excrements can do lots of damage to your drain. The same goes for flushes, if you only use it to flush excrement then its fine but if you’re throwing paper, bottles and plastic bags down the toilet bowl it’s going to end up causing a block. This type of blockage is not easily remedied because it is often the sewerage pipe that leads out of your home that can get blocked. This will require professional help to unblock and even fix damage to the pipes.

Reason no. 3: Not getting your Plumbing inspected every Year

If you are living in a home which is older than five years its strongly advised that you get your plumbing professionally checked by a plumber. This is especially important for concealed plumbing which runs through your walls and ceiling since any leak which develops in these pipes will cost you a great deal of money. An early diagnosis of the problem can help you save quite a bit since the plumbing company should be able to fix the problem right way without having to tear down the walls. Most professionals use a number of different tools to determine if all your pipes are in good health. Getting an inspection in most cases costs a few dollars but it saves potentially thousands.

Reason no. 4: Opting for temporary fixes instead of permanent ones

Even though most professional plumbing services will never recommend that people apply a temporary fix to what can eventually amount to a huge problem but some people in their effort to save money opt for them. There are also many inexperienced plumbers who opt for temporary fixes which is never a good idea even if you want to save money. A temporary fix will cost you money and then when things become worse it will cost you twice as much to fix. This is why it is always a good idea to hire a professional and follow whatever he recommends even if it appears to cost you more upfront because you will still be saving in the long term and it will save you from subsequent troubles.

When it comes to plumbing you get what you pay for, but cheap plumbing ends up costing you twice as much if not more in the long term. This is why expert services like SPS Plumbing strongly recommend that people invest in high quality plumbing parts which are accompanied by a warranty to ensure that they last long and to prevent unexpected surprises.

Mark is one of the leading experts on plumbing systems and techniques. He has been in the industry for over twenty years and has dealt with all types of plumbing issues over the years. He writes extensively about plumbing problems and DIY fixes but emphasizes that people who want to save money should maintain their plumbing systems.