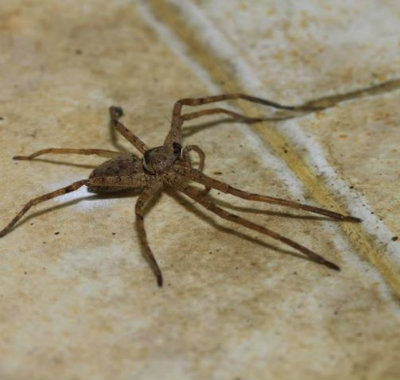 Spiders are seen as a nuisance, and while they keep the population of far nastier creepy crawlies down, not many people want them taking over their home. It might be a phobia, or you may just want to keep those eight legged pests outside rather that at the bottom of your teacup! They are often seen during the autumn months, as the weather begins to get colder, and can certainly give you a nasty shock. Whatever the reason you have for wanting to get rid of them, our seven tips and tricks will show you how to keep your home spider free.

A Clean and Tidy Home

It may seem obvious, but keeping your house clean and tidy is a foolproof way of keeping spiders at bay!  Although it requires a little bit of elbow grease, being on top of your household chores is probably the cheapest method of preventing spiders setting up home. So don’t neglect the hoovering and dusting, and try to keep your home as clutter free as possible, so you are getting rid of the spider’s webs and stopping them from settling in the first place!

Another less well known way of keeping spiders out is using peppermint oil. Spiders hate the smell of the stuff, and as soon as they catch a whiff of it, they will be heading off in another direction as quickly as possible. Filling a spray bottle up with water and adding a few drops of peppermint oil (or enough for the water to smell minty) and spray in cracks and crevices where spiders could make an entrance.

Less pleasant in terms of smell, but just as effective, is vinegar. Using it in much the same way as your peppermint spray, it is an effective way of keeping spiders out of your home – and with it readily available and cheap to buy, it’s a great choice for a quick fix.

Cracks and Holes in walls

Spiders have a knack for appearing out of thin air, or so it seems. Tiny cracks and holes in walls are almost unnoticeable to us, and often remain unattended to. The result? A perfect entrance for spiders! You can stop this by filling in and covering up any of those gaps and cracks, stopping the spiders in their tracks.

A way of keeping spiders out that has been around for hundreds of years is the use of chestnuts, or as they are better known, conkers. Yes, you did read that right! They are a well-known spider deterrent, so try placing some on windowsills and in doorways.

If you have some lemons or other citrus fruits in the house, then you are already well on your way to preventing a spider problem. Spiders hate the smell of citrus, so try rubbing the peel of any fruits on window and door frames to stop them from entering your home.

There are a number of sprays and repellents on the market that either kill or deter spiders. Most people prefer not to kill them, so a spray that forces spiders to leave or stops them from coming in is a good option. If you are unsure, a local pest control company may be able to supply you with some, or give you some advice on which ones to purchase.

Most of the time, they are harmless, but no one really wants to have their home invaded by spiders. By following any of the above tips, your home will be a spider free zone! So you can reach into the darkest depths of your cupboards without worrying about a little eight legged horror crawling across your hand. If you believe that your spider problem is more than a nuisance and isn’t resolving itself, then you should always contact a professional pest control company. Most of the time though, you’ll find that, with a little persuasion, they are always happy to make a speedy exit.

Tony Bond is an experienced pest control specialist and the founder of Essex Pest Control Limited. He has dealt with a great deal of spider and insect infestations throughout the course of his career and firmly believes that prevention is better than cure when it comes to maintaining homes and keeping them pest-free!