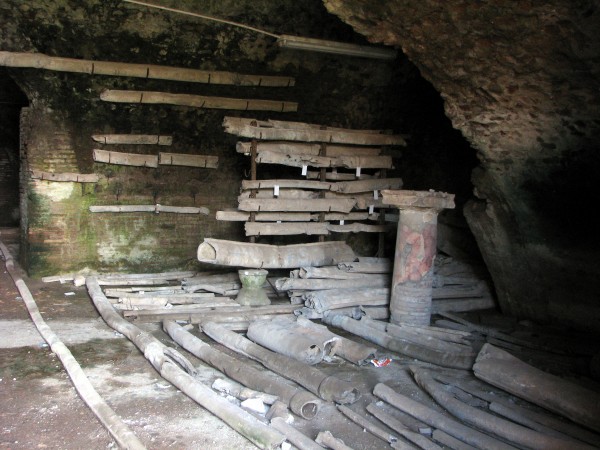 Every industry goes through innovation cycles – some businesses survive and thrive, while others are eaten alive. Partnerships are formed, while other bonds are broken. The cycle of human nature is very similar to the cycle of business, and 100 years can make all the difference in the world.
Some industries, usually the sectors of business involving media and intellectual property, are completely wiped out by technological innovations. For example, Amazon.com basically took out the traditional book retailers in under five years while Napster started the music stealing revolution. But there are always the businesses that survive through time – they just change a little.
The plumbing industry, for example, was created when the Greeks designed the first known aqueduct in Assyria in 691 BCE. Since that time, technology has obviously changed drastically and the way of doing business has accelerated into different forms.
Below are a few of the major changes in the industry over the last century that you’ll find extremely interesting.

Evolution of Plumbing in America

Just prior to the turn of the century, flush toilets were introduced in high society and top business owner establishments. It wasn’t until the 1920’s that flush toilets were manufactured and implemented into the working class citizen’s home. Plumbing was very difficult at this time, with most piping systems leading directly to the closest water source.

Waterborne diseases were virtually removed within the industry. Innovation turned to the creation of softer, less mineralized water for plumbing usage. The industry prospered with companies beginning to invest in quality more than quantity.

In the 19th century, plumbers used plain lead piping for cold-water servicing that was usually tin-lined and cheap, mostly due to the tough economic times. After World War I, though, copper tubing, as well as plastic, was used in the industry. PVC piping is still used today for most jobs.

This product is over 80 years old but still has importance and relevance today. The mixing value is simply what we know as the pressure balanced and temperature balanced values for showers and sinks. With the fluctuations in water delivery back in the early 1900’s, it wasn’t uncommon to have horrible water pressure that changed dramatically over the course of a showering experience.
In addition, these fluctuations in water pressure caused extreme temperature fluctuations, leading to scalding water or thermal shock. As a result, Paul Symmons and his company created a value that controlled the pressure to temperature ratio and the company is still going strong today.

This product is not the most advanced technological genius on the planet, but for the plumbing industry it has been the saving mother. Believe it or not, PVC was first discovered in 1835, but no one knew what applications it had in store.
The problem was molding the plastic effectively and safely, which started in the early 1900’s by a German company – that was all she wrote for other drainage products. PVC is used whenever possible for its extreme durability and wide variety of venting applications.

These products are more recent innovations and are part of the sustainability movement for cleaner waterways and less human waste globally. HET toilets are one of the most known products on the market, with over 20% reduction in water usage per year during the product’s lifetime.
The plumbing fixture market is moving in this direction for good and the norm will soon be lower water usages and high-pressure toilet systems with smarter supporting technology.
Plumbing is and has been an underappreciated cornerstone of civilization, but it is an industry that continues to improve and innovate the technologies that allows us to perform so many vital functions. Don’t overlook your own plumbing systems — if you notice any leaks or poor performance, check out a1serviceplumbing.com and schedule an appointment to have your pipes inspected by a professional.
Further Reading

The Evolution Of Plumbing [Infographic]

Matthew Hall is a freelance writer and family man who contributes articles and insights into the challenges of owning a home and raising a family.