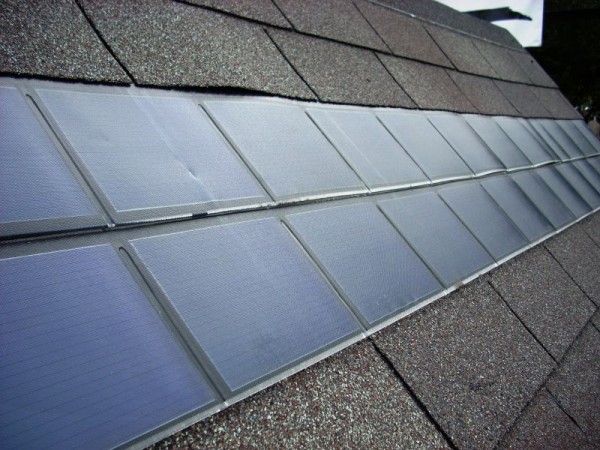 The past ten years or so have seen positive developments in the solar industry. Legislative bodies, solar companies, and homeowners are moving the technology further than ever as our nation struggles with the future of its energy production.
With these advances, new ways to bring solar power to more homes are born, like the solar roofing shingle and Tesla’s new batteries designed to store captured solar power for future use. These devices and others discussed in further detail below are working even now to make fact out of science fiction.

These devices are installed the same way as a traditional shingle and can seamlessly blend with a building without the need of a raised panel. It is still recommended you have an experienced solar technician like Bob Heinmiller to oversee your solar investment, but the fact that these devices are installed in the same manner traditional shingles means they will soon be commonplace.
Building Integrated Solar is a great way to integrate solar collection into new housing projects or for anyone looking into a new roof installation and often have lower overall costs than PV systems requiring separate, dedicated, mounting systems. Also, by avoiding the cost of conventional materials, the incremental cost of photovoltaics is reduced, and their life cycle is improved.

Big news came out of Tesla recently when the company known for its high-tech and eco-friendly automobiles unveiled two new products that could be the remaining piece of a solar power solution to our nation’s energy concerns. In the most simple of terms, the Powerwall is a battery that stores solar energy in a quiet, compact housing. It consists of a lithium-ion battery pack, liquid thermal control system and software that receives commands from a solar inverter.
While the Powerall can also store power from wind turbines, since wind turbines require markedly more space, the Powerall seems best suited to work in unison with residential solar panels/photovoltaics. Those looking to purchase a Powerwall system for their home can use it with their solar panel/photovoltaics installations.
Less directly impacted to home solar but still worth mentioning is the Powerpack. These batteries are designed to store captured solar energy for businesses and even large scale utility networks. They offer the potential for infinite scalability and if implemented to their full capacity, could deliver cleaner and affordable energy to supplement what we are capturing and storing at the residential level.

How does the concept of every glass surface in the world having the potential to capture and use clean solar energy sound? Michigan State University researchers have created a fully transparent solar concentrator, which could turn any window or sheet of glass into a photovoltaic solar cell.
It consists of a transparent luminescent solar concentrator (TLSC), made from organic salts that absorb specific non-visible wavelengths of ultraviolet and infrared light, which are then emitted as another wavelength of infrared light. This emitted infrared light is conducted to the edge of the plastic, where thin strips of conventional photovoltaics convert it into electricity. The practical uses for these cells are nearly limitless — nearly anything could be used to harness solar energy.
Brian Levesque is a freelance writer and small business owner who contributes practical advice and insights into the challenges of entrepreneurship and owning a home.
Photograph by Ben West, sourced from Flickr.