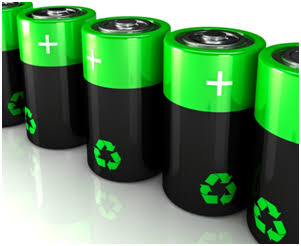 If there’s anything that we’ve come to rely on in our households, it has to be the battery.

And to be more specific – the lithium-ion battery.

From powering our smartphones to TV remotes (that seem to shrink every year!), Li-ion batteries are found in almost every home electrical device – and cupboard.

In this infographic from Battery Shop Sussex we weigh up their pros and cons.

The history of Li-ion batteries is as diverse as the products in which you’ll find them. Working for Exxon in the 1970s, British scientist M Stanley Whittington first proposed the Lithium battery.

However, due to their hazardous contents, cost, and other reasons, Exxon discontinued his Lithium-Titanium disulphide battery. Research was then directed towards producing batteries than contained Lithium compounds instead of metallic Lithium.

These Lithium compounds were capable of releasing and accepting Lithium-ions – crucial for the charging process.

But it’s not just in our households where Li-ion batteries are used to amazing benefit. In fact, in the medical industry, Li-ion batteries power a whole range of devices, from pacemakers to wireless blood-oxygen meters!

With the production of lithium-ion batteries set to rise by 50% a year, our dependence on these cells of life isn’t going away anytime soon.

It’s true, we rely on these cells of life a lot more than we think. But whilst they’re something of a God-send to consumers, lithium-ion batteries aren’t without their drawbacks, too.

Coming in at number one is their weight – which isn’t very much at all for a battery. Being made from lightweight lithium and carbon, the electrodes in a Li-ion battery are incredibly light, making them attractive for small, lightweight gadgets.

Another huge benefit you’ll get with Li-ion batteries is their cycle life-span. What this means is that they’re capable of being charged and discharged several times over before they begin to decompose. Again, this explains why they are so useful for our smartphones – devices that undergo constant charge and discharge.

Perhaps the biggest downfall to Li-ion batteries (and indeed most electrical power sources with the exception of a few) is their sensitivity to high temperatures. If you accidentally leave your electronic device out in the sun for long periods of time, you’re putting your battery at an incredibly high risk of long-term damage.

How does this work? Just like us humans, Li-ion batteries have optimal performance rates in moderate temperatures. Aiming for the goldilocks zone – neither too hot nor too cold – will help your battery last longer and more efficiently. In scientific terms, ionic conductivity will be at its greatest at temperatures not exceeding 30 degrees.

Another negative to Li-ion batteries is their relative cost. Lithium-ion batteries contain computers that manage what goes on inside. And in case you didn’t know, this sort of technology doesn’t come cheap!

On the whole, however, it’s pretty much safe to say that the advantages of Lithium-ion batteries far outweigh the disadvantages – for now.