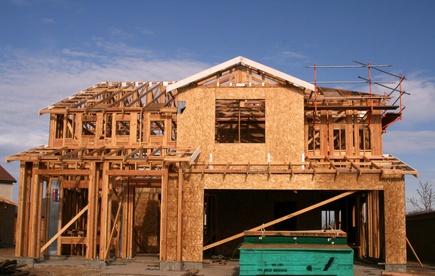 Let’s admit it, the thought of building your own home is a pretty scary one – especially if construction isn’t exactly your field of expertise. We’ve all heard horror stories of house building projects that are structurally unstable and run thousands over budget. But if done right, building your own house is one of the most rewarding things you’ll ever do. If you’re leaning towards this option, this list offers a few indispensable hints – and some pitfalls to avoid.

House building on a budget doesn’t mean getting everything as cheaply as possible – if you take this approach, you’ll just be storing up problems for a later date. As a rule of thumb, structural components and doors and windows should be of the best quality your budget will allow. If you can afford it, it’s also a good idea to splash out on low-maintenance materials such as metal roofing and vinyl siding, since you’ll more than recoup the initial costs in later years. When looking for areas to save, begin with the plan itself. Choosing and customising a stock plan will be significantly cheaper than having custom plan drawn up – and the end result will often be (almost) identical anyway. If you don’t have money to splurge on ceramic tile or wood flooring, go for vinyl flooring instead, since it will make a great underlay for a more expensive flooring material at a later date.

Don’t Be Afraid of Taking on A “Problem Lot”

You might instinctively shy away from hillside lots or narrow lots that are conventionally considered less desirable, but with the right planning, they can often be turned into something really special. “Problem lots” also have the advantage that they tend to stay on the market longer and sell for a lower price, so you’ll have more of your budget left over for building.

This might seem like a common sense piece of advice, but it’s something that trips up a lot of first-time builders. In particular, think about any charges that might be involved in preparing the site – will you need to pay for earthmoving equipment hire for hauling fill dirt? Removing trees? Grading? While we’re on the subject of unpredictable costs, you should also do your very best to avoid making change orders – that is, changes in your plan that occur after the building process has begun. Think carefully about the footprint of your house so you’re not forced to U-turn after ground has been broken.

Think Very Carefully About Your Use of Space

Building your own home might seem like a great excuse for installing all those spaces you’ve ever (thought you) wanted, but think carefully about what you’ll actually use. Do you really need a playroom, a second office or a walk-in closet instead of a larger bedroom? Will they serve you well in the long-term? This article has some great tips for making sure you use your space wisely.